An Inside Look at International Video Game Testing

An Inside Look at International Video Game Testing 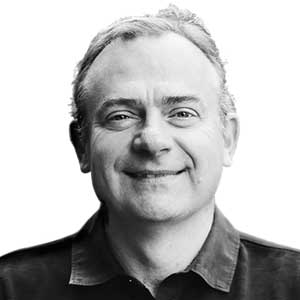 In 2013, then-educator Piotr Jasinski found himself facing an unusual decision: He could continue teaching literature in Polish public schools or he could respond to a Lionbridge help wanted ad for video game testers. Gaming won, but soon after Jasinski began, he realized this new job took the same two critical skills as teaching: Time and patience.

“I [had] assumed games were tested, but I didn’t know much about it,” says Jasinski. “It turns out [game testing] is far, far more complicated and important than I could have imagined.” Simply put, testers break companies’ games so their customers can’t. In addition toplaying talents, this requires an obsessive level of attention to detail. In his six years on the job, the time it takes to execute this detail has taught Jasinski that “patience [is] a necessity” in gaming: “I’ve spent weeks working through the same part of the same game to ensure it runs flawlessly.”

Thoroughly testing video games takes more than just one person’s meticulous time. An entire team must come together to analyze and evaluate all gaming aspects from power on to power off – a task Lionbridge test manager Steffen Strohmann says can take up to a year for brand new games: “We test, we try to break it, we log the errors, we suggest ways for the developers to fix it. It’s more analysis and data sharing than game-playing.”

In order to create a fun and engaging experience, today’s video games are highly complex with a high number ofplay variables—every situation that any character could encounter is somethinggame testers must try to break. Each new move creates a set of possibilities which must be individually tested, taking into accounteveryother move which could precede or follow it. “A flaw in a game is unacceptable,” says Lionbridge project management team leader Carolina Montero, “and we make sure there aren’t any.”

Testers first perform functional quality assurance. This verify game mechanics,performance, stability, playability, graphics display, and device compatibility across mobile, console, PC, and streaming platforms. Test automation comes next, using multiplayer simulation bots to crash log, soak test, and more. Then, if a game’s distributed internationally, localization quality assurance testing comes into play. Multilingual testers align global player expectations with what the localized gaming experience is really like in their language. They check to make sure translated games are bug-free, that dialogue and script translations are accurate, that multilingual voiceovers correctly sync with character movements, and that the new language displays well on screen. They also check for geographically-related issues, such as whether the game plays correctly in countries with lower internet speed. In-market testers further evaluate these international aspects, ensuring thatthe game recognizes IP addresses from the new country and that in-game purchasing acceptsmethods of payment more commonly used there. Finally, test analyzers wrap it all up, leveraging business insights and real-time play metrics to optimize continued quality and to further improve the game.

Across all stages, precision remains key. Game development and release cycles constantly evolve, which then means more testing. It’s not uncommon for manufacturers to add new features weekly: new characters, new episodes, new weapons, or even new story arcs. These updates translate to even more work – from checking for standard glitches to continuing to evaluate experience for all countries where the game is sold – requiring, as Jasinski says, a lot of time and patience.

The Journey to Swift Digital Transformation

Virtual Immersive Learning: The Next Frontier in Higher Education

Making the Case For Moving from Health IT to Health Analytics

Data as a Business

Ricardo Leite Raposo, Director of Data & Analytics at B3