Has Casino Game Protection Gone too Far? Or Should we just Change its Name?

Has Casino Game Protection Gone too Far? Or Should we just Change its Name? 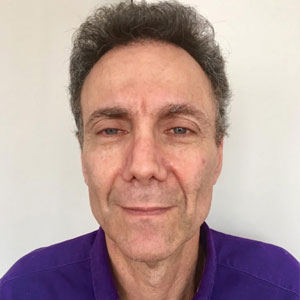 I recently received an email from a reader of my blog criticizing me and others in the game protection industry for "just going way too far." He said that we are covering things that simply have nothing to do with casino game protection. He cited the October 1st Las Vegas massacre as a prime example.

The writer is someone who is not in the business but whom I know well for having made several worthy comments to me over the years. So I began to think about what he said and soon I found myself asking if his critique did indeed have merit. In fact, I had thought of this before and even questioned it, but then I just let it go and went with the flow.

We all know that the number-one horror story in Las Vegas, and in the entire United States for that matter, during the year 2017 was the terrible mass-shooting committed by Stephan Paddock. Fifty-nine people died and hundreds more were wounded in this unbelievable senseless act of terror.

Casino game protection needs to stay more focused on what it is or was, simply protecting casino games and gaming operations​

The shooting also seemed to be the number-one story for casino game-protection-related websites, blogs and Twitter accounts, especially those operating from Las Vegas.

We all certainly appreciate the loss of life, destruction of lives and the terrible suffering that this tragic event caused, and I certainly appreciate the roles that casino surveillance and security must play in order to better prepare for these types of events and maybe even help stop them before they happen or at least minimize the devastation.

But what I am suddenly not so sure about is that terrorism and mass-murder, whether it be internationally inspired or the work of some madman (or in Paddock's case a seemingly sane guy seeking revenge for gambling losses), should be so directly related to all the topics and practices that fall under the umbrella of what you and I call "Casino Game Protection."

For the first few years during my transition from an interested person to an active participant in game protection, "game protection" simply meant protecting casino games from cheats, thieves, crooked employees and advantage players. It was nothing more than training casinos how to protect their table games and slot machines from those looking to take advantage of weak internal controls and other flaws to take money out of the casino cages.

But it surely began to evolve after 9/11.

I first noticed it when an Israeli anti-terrorism expert gave a gruesome presentation at the 2007 World Game Protection Conference (WGPC) at which I was the keynote speaker. Although I was a bit surprised by his very presence there, I certainly understood it. Of course there was the real threat of a terrorist attack at a Las Vegas or any other American casino.

Next came the computer hackers and high-tech fraud experts. I understood that as well. Hackers and fraudsters certainly had already invaded casinos' financial and information systems, so we did no wrong including these experts under the widening umbrella of casino game protection.

But then to the WGPC came astronauts, digital visionaries, cyber arms dealers and people whose areas of expertise I didn't even understand, let alone try to figure out what they were doing there. So maybe then I first had some inkling of doubt about the people getting involved in giving advice how to protect casinos, if not casino games. But I just shrugged it off and said to myself..."okay."

Finally, after that terrible event in Las Vegas, game protection did indeed do a major shift to where our experts were now speaking out daily on matters that some may consider more apropos to SWAT teams and Navy SEALS.

That's where he said he drew the line.

He added that casino game protection people do not need to make public statements about mass killings and killers' backgrounds, nor do we need to be "criminal news agencies" transmitting photos of armed robberies, sexual assaults and murders on a daily basis, even if they do happen in or near casinos.

Then he wrote, "Posting and Tweeting about Steve Wynn's alleged sex abuse under the heading of game protection devalues the integrity of what you do, as does reporting about prostitution rings operating in Las Vegas casinos and people getting busted for dealing dope in hotel rooms."

He mentioned his annoyance at a particular Twitter account run by who he called "the superstar of Las Vegas casino game protection." And he added that he and other game protection people were exploiting the Las Vegas Massacre and other violence happening in or near casinos to suck out more money by exaggerating the need for their gaming seminars and conferences to deal specifically with the threat of casino shootings.

These comments got to me.

Upon serious thought, I can agree that those are not game-protection issues. They are issues that concern specific functions of casinos' security and surveillance staffs that have nothing to do with gaming. So maybe the guy's right. Maybe we should leave these issues to the very capable and dedicated casino security and surveillance professionals whose reality it is to deal with them.

There is one item coming off the Massacre supported by the WGPC that does bother me personally. This is the promotion of software programs that inventors say can track degenerate gamblers' playing patterns and behavior at the tables to identify which ones are more likely to go back to their rooms and get their guns and grenades after taking a bad loss at blackjack.

Although the school shootings have been very repetitive in nature, the Las Vegas-style massacre will probably never happen again. And if it does, there is not much we would have been able to do to prevent it, except maybe if by some miracle the gun laws change. (I don't want to get political here--because doing so is certainly notgame protection!).

So maybe game protection needs to stay more focused on what it is (or was)- -simply protecting casino games and gaming operations. In my eleven years training casino and surveillance staffs in game protection, never once have I uttered these words during a seminar: terrorist; tracer bullets; automatic weapons; active shooter.

And not one attendee has ever asked me why not.

Finally, my opinion is this: We should probably continue talking about these issues but not overdo it. Unless, of course, we want to change the name of what we do to something other than "casino game protection" if we're going to be so all-encompassing.

The Importance Of Audit Rights In Vendor Contracts

3 Ways to Integrate AI into your Business Today

Advancing Customer Experience in an Ever- Evolving Hospitality Sector