Video Games Are Leveling Up; Social Media Should Be Afraid 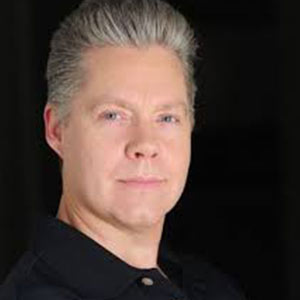 I’ve worked in the video game industry my entire career and continue to be amazed at how it constantly grows and evolves. Game revenues have grown significantly over the past decade and show no sign of slowing down. A combination of factors impacting leisure time, a constant flow of new technologies, and the convergence of multiple trends continue to fuel this growth. Industry research giant NewZoo forecasts that 2020’s global games market will generate revenues of $159.3 billion, a solid year-over-year growth of +9.3%.

To properly frame the video game industry and understand its global appeal, it’s important to recognize that it’s not just a technology sector; but rather a robust entertainment sector spanning many different technologies across three major platforms - Mobile, Console, and PC.

Mobile gaming continues to experience the most rapid growth, as it has the lowest barrier to entry and is relatively easy to develop for. With 2.6 billion mobile gamers in 2020, this segment is expected to generate $77.2 billion in 2020, a year over year increase of +13.3%.

Console gaming is expected to reach $45.2 billion in 2020 revenue, growing +6.8% year over year and seeing over 729 million players. We’re expecting to see the next generation of Sony Playstation and Microsoft Xbox consoles released this year, although recent global concerns have put into question the timing and impact these releases will have on the near termnear-term console business.

Growth across these technologically diverse ecosystems has been partially driven by the rise of digital distribution, which now delivers the majority of revenues across all video game sectors. In 2018, over 80% of all video games revenues were derived from digital sales channels; this includes upfront purchases of games and in-game sales. This doesn't mean that physical sales have gone through the floor, although they have declined significantly. Rather, this 80% figure represents a significant increase in microtransactions and lifetime value from game makers being able to easily expand upon hit games and continue monetizing them over many years, versus making sequels that monetize for a few months every few years. Within the industry this is known as the shift to a digital Freemium or Games as a Service (GaaS) model, away from the older analog Premium model.

Growth across these technologically diverse ecosystems has been partially driven by the rise of digital distribution, which now delivers the majority of revenues across all video game sectors

The largest companies, like Electronic Arts, Activision Blizzard, and Ubisoft, created or acquired their own digital distribution platforms and have profited from the shift to digital sales; while some other well known competitors failed to move on this trend and are no longer in business. These companies sell via their own platforms, as well as other digital and retail outlets; such as Steam and GameStop. Much has been written about these sales channels and the impact they’ve had on how players consume content, but what’s really interesting is how this shift to digital is influencing the types of games being made and the relationships game makers have with their players.

Games are now creating features that deepen the relationship between the game makers and the players, taking this relationship beyond simply owning the distribution platform and resultant customer data. Games are now integrating sophisticated and robust monetization strategies built around keeping players engaged over the long term. The best games no longer look to aggressively monetize in the short term. Instead they take a more gentlegentler approach to player engagement, with an eye towards reducing churn and re-engaging lapsed players. This is particularly important for big multiplayer games, like Fifa, Call of Duty: Warzone, and Apex Legends. These games are finding success by selling less in the short term, while maintaining a larger active player base that purchases more over a longer period of time. But this is what’s happening now. What’s happening next is where games truly go to the next level.

Epic Games is one of the undisputed leaders when it comes to games evolving into social platforms. What began as a battle royale shooter game has evolved into the hottest venue for concerts with the release of its ongoing Party Royale series of concerts. These events showcase major music artists performing in-game, complete with incredible animations and visual effects unlike anything audiences can experience in real life. Recent concerts such as Travis Scott Presents: Astronomical and DIPLO Presents: Thomas Wesley drew audiences of more than 10 million players, many of whom only downloaded the game to experience these concerts and socialize with friends. Over half of people playing Fortnite admit to only playing so they can socialize with friends, in an environment that is much more engaging and stickymore engaging and stickier for younger users than aging social media platforms such as Facebook. The average Fortnite player spends 6-8 hours per week in-game, compared to approximately 4.4 hours per week on Facebook. This disparity is only growing and younger players are spending more time each month socializing in games like Roblox than on Facebook, YouTube and Netflix combined.

Speaking of YouTube and Netflix… Fortnite is adding Movie Nite to Party Royale island, allowing players to hang out and socialize while watching three of Christopher Nolan’s best movies - Inception, Batman Begins, and The Prestige. This marks the next step in expanding these games into social networks where players can hang out and enjoy entertainment in between playing games. It’s also important to note that these games are free to play and their revenue models aren’t based on ad revenue, making them a much better experience and virtual spaces where players truly can enjoy themselves without being interrupted or otherwise disturbed by content they don’t care about.

The evolution of games becoming the next generation of social platforms has already begun with games like Fortnite and Roblox. Trends already indicate that these gamified social platforms are destined to fuel another decade of growth for the industry, and just may be the harbingers of a disruptive shift away from current social media platforms.

COVID-19 Creates a Myriad of Compliance Challenges for Employers

Risk Exposures and How to Tackle them

Putting The Customer At The Centre Of The Energy Transition

The Rise of Algorithmic Trading In The Power Sector