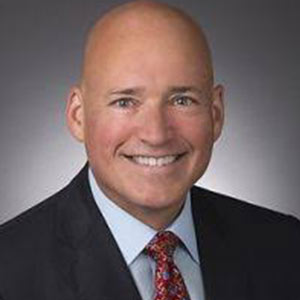 The use of blockchain technology by game companies is nascent but growing. As a transaction based-technology, blockchain is well suited to manage in game economies through tokenized game assets and the use of cryptocurrency for payment. This also provides a benefit to players in that they can truly own their assets, as opposed to just having a terminable license as is the case with most traditional online games. Users can actually make real money from these assets. A recent article suggests that gaming industry use of blockchain may lead to mass adoption. Game technology has been used in many ways beyond pure entertainment. For example, game mechanics have been used for training, simulation, employee onboarding and gamification, among others.

One of the technical features of blockchain that enable these advantages are digital wallets. Digital wallets are software to implement blockchain transactions to buy or sell digital assets. The name is a bit of a misnomer as the assets are not actually stored in the wallet. Rather, the wallet uses a public key as an address and a private key for the user to digitally sign transactions. The transactions and ownership are maintained on a distributed ledger on the relevant blockchain network.

One problem that has slowed blockchain adoption is the onboarding of users. Acquiring a digital wallet is not as easy as just downloading software. Because digital wallets enable users to receive and transfer value (digital assets), often there is a requirement to comply with anti-money laundering (AML) and know-your-customer (KYC) procedures. This friction deters many would be users. However, to the extent gamers are motivated to own digital assets, they may be more incentivized to jump through the hoops to acquire a digital wallet. Once they have a digital wallet, it can be used for blockchain transactions beyond games. This is one way in which blockchain games may drive greater blockchain usage.

Another blockchain technology relevant to games is non-fungible tokens (NFTs). Many blockchain games use the ERC-721 NFT standard, which allows each game asset to be unique via its own “serial number.” One of the problems with many existing token designs is that they require deploying a separate smart contract to the blockchain for each asset type. Another NFT standard, the ERC-1155 token, takes a different approach. It enables different token info to be stored in a single contract with minimal data needed to distinguish one token from another. The contract contains configuration data per Token ID and all the behavior governing the collection.

NFTs are tradeable on digital assets marketplaces. These marketplaces enable users to buy and sell digital assets, including game assets, digital collectibles and other tokens. A perceived advantage of these marketplaces is that users can transact these items through a smart contract, meaning that no central authority ever holds custody of the items. A smart contract is self-executing code that runs on a blockchain network thereby avoiding intermediaries or centralized control by a single entity, such as a game publisher. Using smart contracts, a digital asset is transferred to the smart contract and the program runs its code to automatically validate the programmed conditions for a valid contract and it automatically determines whether the transaction should be executed.

The advantages of NFTs come with a price. In-game items issued by game publishers and useable solely within their game avoid many legal issues because they can only be used in-game. NFTs come with potentially increased legal complexity. Various federal agencies have declared that if an entity deploys a smart contract it can be responsible for the foreseeable legal consequences of the operation of the smart contract. Among the legal areas that can be of concern for NFTs are securities law, money laundering and gambling, to name a few.

Many crypto currencies and tokens are deemed to be securities by the SEC. Operating a digital asset marketplace where securities are transacted can result in the marketplace being a securities exchange, subject to securities law. The SEC has been increasing its crypto enforcement efforts.

The increased use of chance-based mechanics in games (e.g., lootboxes, social casino games) has led to growing scrutiny under gambling laws. Many traditional games have prevailed in gambling lawsuits filed against them because their terms of service grant only a license to the in-game items and prohibit their sale, transfer or exchange. This basis may not apply with NFTs where game companies promote the true ownership and ability to sell the NFTs.

The risk of money laundering through digital asset exchanges requires vigilant compliance with AML and KYC regulations where applicable. FinCEN has issued guidance that the definition of money transmitter does not differentiate between real currencies and convertible virtual currencies. Accepting and transmitting anything of value that substitutes for currency makes a person a money transmitter under the regulations implementing the Bank Secrecy Act.

Blockchain and NFTs hold great promise. If your business gets involved with these technologies it is critical to get solid legal advice before you get too far down the road. Click here for more information on these issues.

Challenges Over The Past 18 Months

Security Architecture In Theory And In Practice: Why Security Should...

How Wi-Fi 6 Will Seamlessly Integrate With 5g